An EU Horizon 2020 proposal (OligoGpivotalCF) submitted by a consortium assembled by AlgiPharma with the University Hospital in Cologne, Imperial College London in the UK, the European Cystic Fibrosis Society (ECFS) in Denmark and ECFS’s Clinical Trial Network in Belgium, the Cystic Fibrosis Europe patient organization in Bonn, and the CRO Smerud Medical Research in Oslo, has been successful in winning a grant of EUR 6 million to support AlgiPharma’s cystic fibrosis (CF) drug candidate OligoG through a pivotal clinical trial program. This project has received funding from the European Union’s Horizon 2020 research and innovation programme “Health, demographic change and well-being” (call H2020-SC1-2016-2017) under grant agreement No 755234. 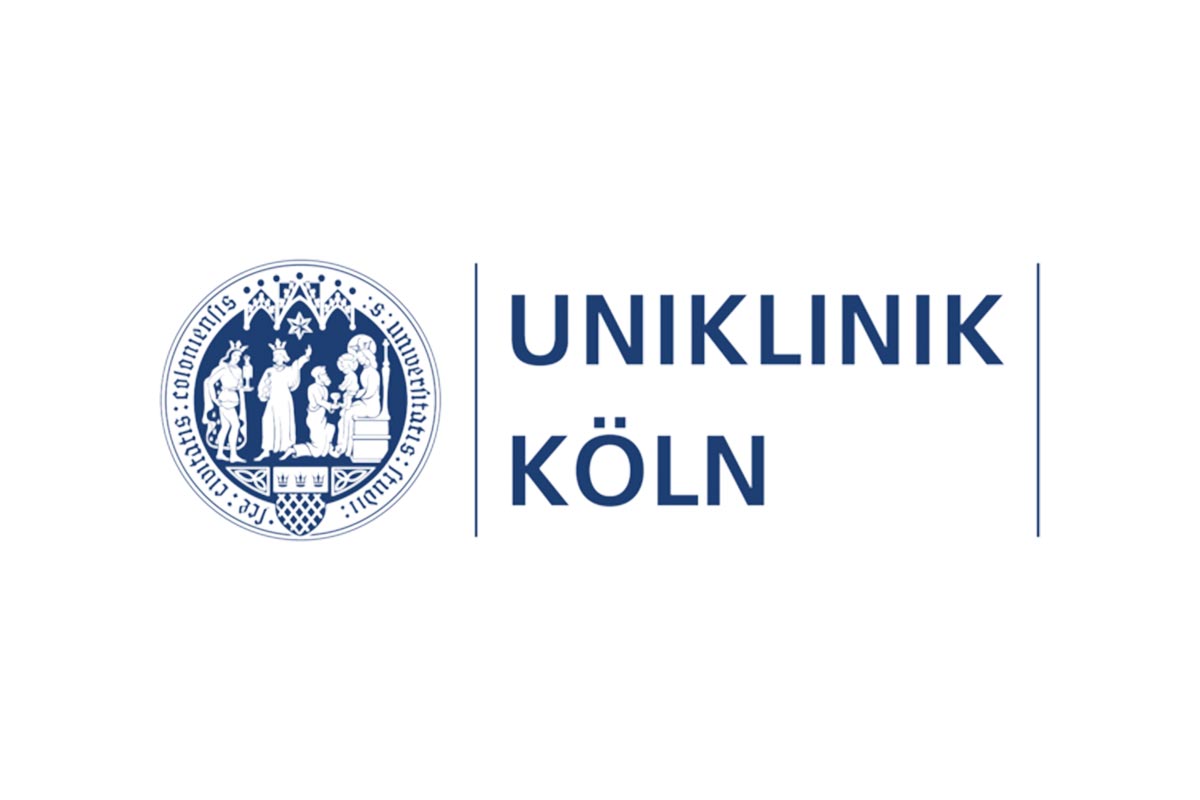 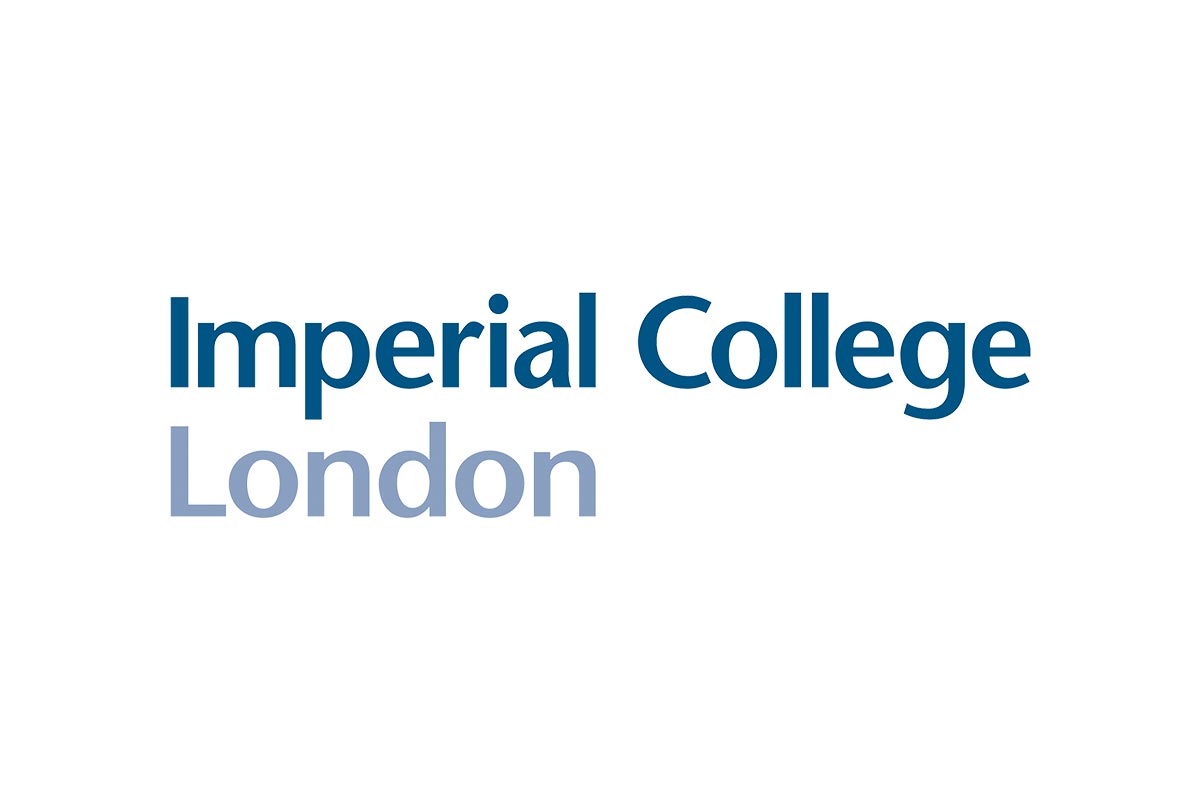 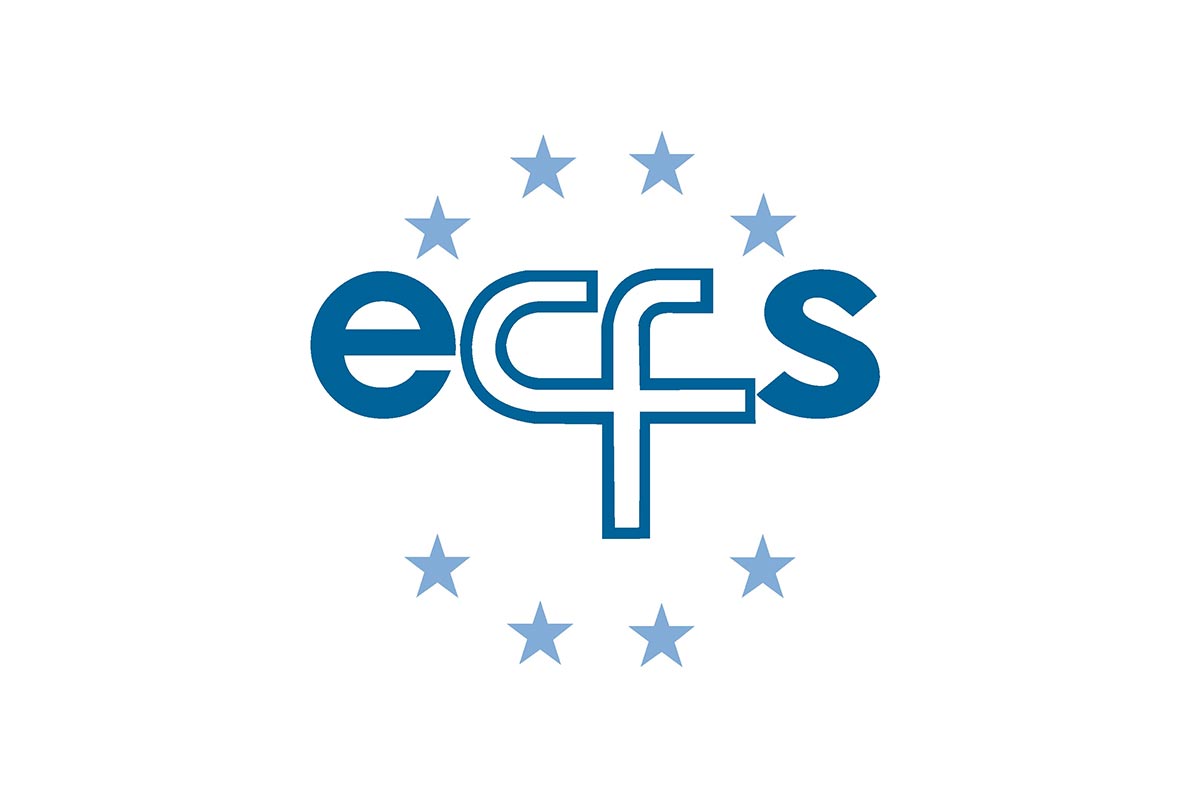 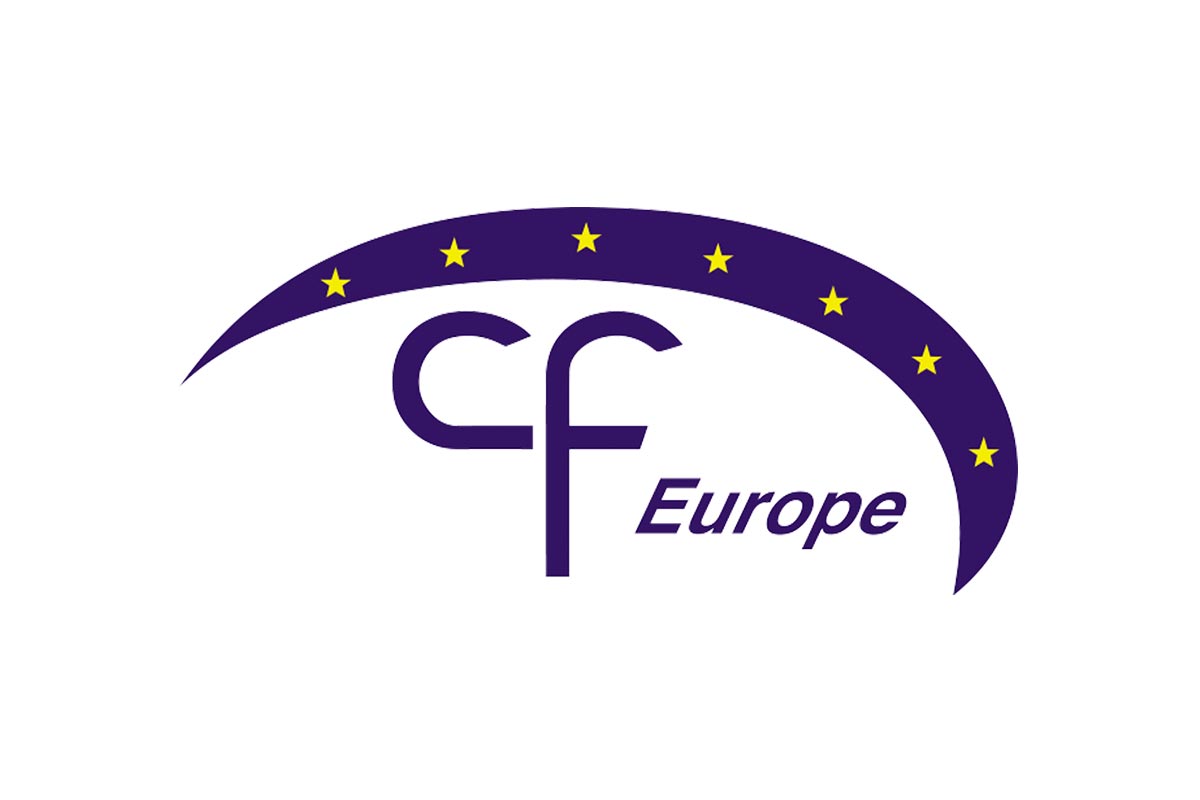 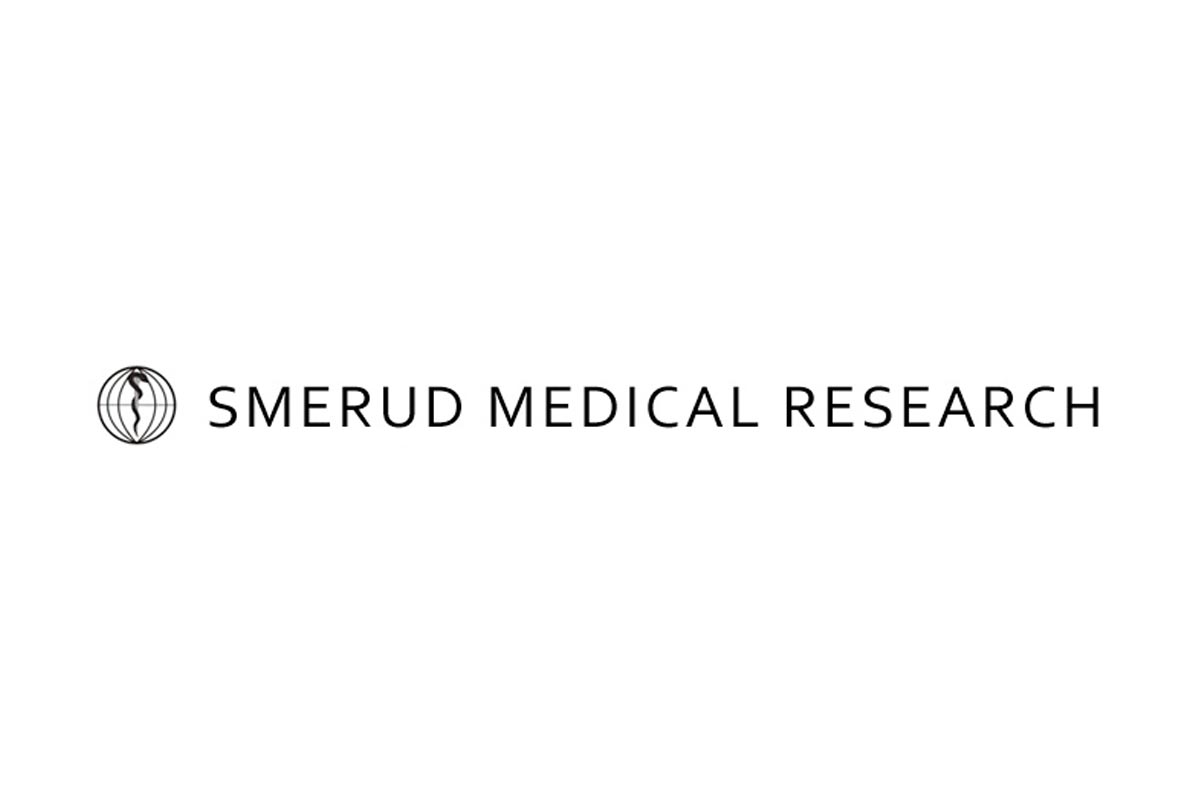 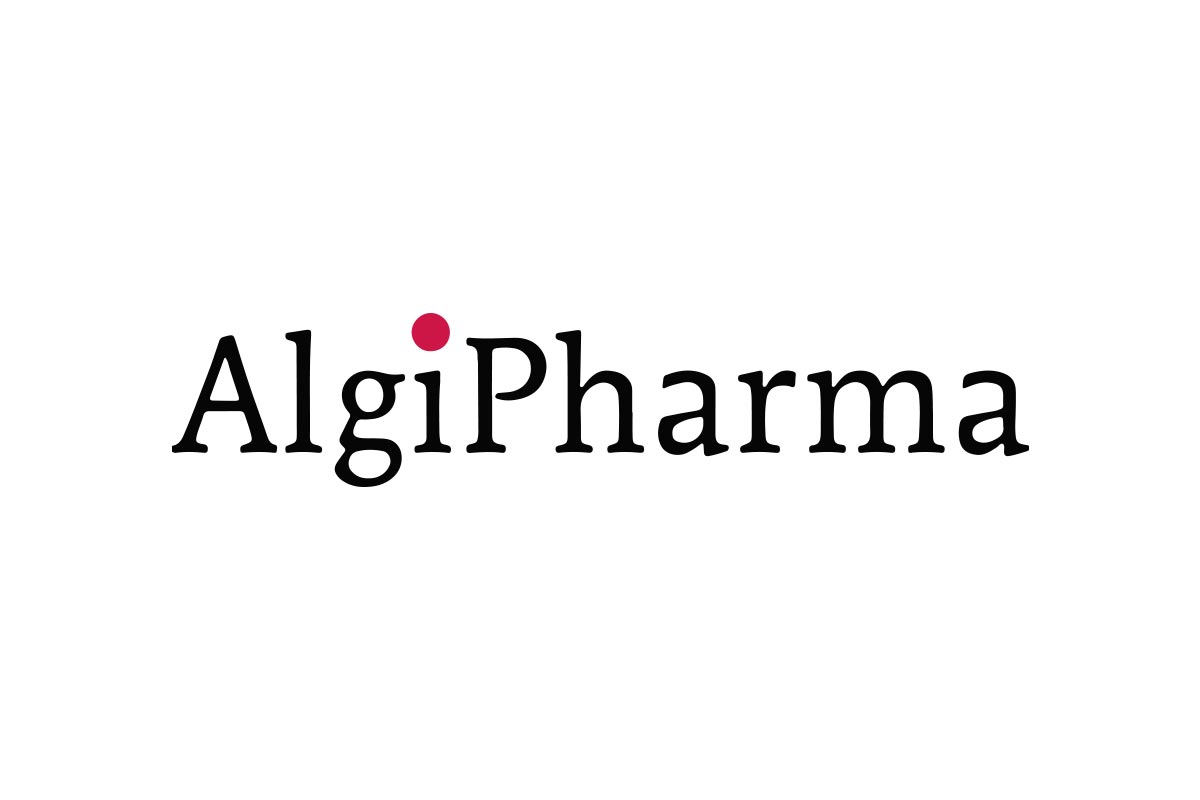 The grant will build on previous research performed by AlgiPharma in cooperation with most of the consortium partners, supporting a new phase 2b clinical trial with dose finding, and long term follow-up.

OligoG is formulated as a dry powder for inhalation and is AlgiPharma’s lead drug candidate. It is an alginate oligosaccharide derived from seaweed, and is a new class of drug which is modulating mucus and normalizing mucus rheology. It is being developed to help people with cystic fibrosis clear mucus from their lungs. It is anticipated that OligoG may help to slow the progression of the disease.

In a previous phase IIb trial the primary efficacy endpoint (improved lung function as measured by FEV1, or forced expiratory volume in one second) was not achieved at 28 days across the entire study population. However, exploratory analyses showed that several subgroups demonstrated significant improvement in FEV1, one being those on less than full dose OligoG and continuous inhaled antibiotics, showing more than 9% improvement in lung function by day 28 (n=12)(p=0,0334), with further improvement in the subsequent washout period. The new clinical trial is being planned to optimize dosing to match these subgroups, which represent the majority of the CF patient population.

AlgiPharma’s OligoG has also shown encouraging improvements in several secondary endpoint measurements in the last trial. OligoG has been shown to disrupt the infectious biofilm often present in the lungs of individuals with CF. This biofilm disruption is believed to improve antibiotic effectiveness by increasing exposure of bacteria to antibiotics. Results from the recent clinical IIb trials showed a reduction in microbial burden, with more than 1 log CFU reduction in the major CF pathogen Pseudomonas aeruginosa. Mucociliary and cough clearance (MCC) study showed improved peripheral deposition with OligoG vs. placebo in the lungs of the CF patients, apparently indicating more ‘open’ airways. AlgiPharma has to date completed five clinical trials with a total safety population of 169 subjects, and has demonstrated an excellent safety record.

The new clinical trial supported by this EU H2020 grant will include 120 patients, from around 35 clinical sites mainly in Europe. Collaboration with the ECFS-Clinical Trial Network and Cystic Fibrosis Europe representing patients and families with CF, will provide essential support for the clinical trial. University Hospital Cologne holds the role of consortium coordinator, and Dr. Silke van Koningsburggen-Rietschel shall be the Principal Investigator; Professor Jane C. Davies at Imperial College London shall lead the Core Facility for Lung Clearance Index (LCI, a sensitive measure of airway obstruction); The European Cystic Fibrosis Society’s Clinical Trial Network, Leuven, Belgium shall be central in clinical trial design and clinical site recruiting; Cystic Fibrosis Europe, Bonn, Germany shall provide and assure the patient perspective and help to recruit patients into the trial; and CRO Smerud Medical Research shall be responsible for clinical operations.

The study plan is being designed so that compelling results from the new “OligoGpivotalCF” trial would allow for filing of a conditional Marketing Authorization application for OligoG for CF in Europe.

Cystic fibrosis (CF) is a life-threatening disease that affects the lungs and digestive system and impacts about 70,000 people worldwide. CF is caused by mutations in the cystic fibrosis transmembrane conductance regulator (CFTR) gene, which results in either no CFTR protein or an abnormal CFTR protein that does not function properly. The presence or absence of this dysfunctional protein causes the body to accumulate excessive levels of unusually thick mucus in the lungs, which becomes a site for infections that can require hospitalization. Pulmonary exacerbations in CF (defined as acute difficulty in breathing, infection and/or hospitalization) is most commonly related to mucus accumulation and lung infections that result in sharp decline and slow recovery in lung function and potentially damage to lung tissue.

About the University Hospital Cologne:

Imperial College London is one of the world’s leading universities. The College’s 17,000 students and 8,000 staff are expanding the frontiers of knowledge in science, medicine, engineering and business, and translating their discoveries into benefits for our society.
Imperial is the UK’s most international university, according to Times Higher Education, with academic ties to more than 150 countries. Reuters named the College as the UK’s most innovative university because of its exceptional entrepreneurial culture and ties to industry.

Working across Imperial and one its partner clinical sites, the Royal Brompton & Harefield Foundation Trust, Prof. Jane Davies is a leading researcher and Key Opinion Leader within the field of Cystic Fibrosis. In partnership with the ECFS, she has worked on standardization and implementation of new trial outcome measures and currently leads the European Core Facility for LCI. See also the Strategic Research Centre for Pseudomonas Infection in Cystic Fibrosis.

The European Cystic Fibrosis Society is an international community of scientific and clinical professionals committed to improving survival and quality of life for people with CF by promoting high quality research, education and care. ECFS-CTN is the Clinical Trials Network of ECFS and provides access to 43 large and experienced CF centres, located in 15 different countries throughout Europe. The goal of ECFS-CTN is to increase the quality and quantity of CF clinical research in order to bring new medicines to the patients as quickly as possible.

Cystic Fibrosis Europe is the federation of national CF Associations in Europe. CFE represents persons with CF and their families in Europe. It was founded at the European CF Conference in Belfast in 2003. Currently, national CF Associations from 39 European countries are member of CF Europe. CFE works in close collaboration with other international organisations and is an active partner in several European projects.

About Smerud Medical Research International AS:

The Smerud Medical Research group (SMERUD) is a CRO which led four out of the five previous clinical trials with OligoG for cystic fibrosis patients, and will be responsible for the clinical trial operations, mainly through their offices in Germany, the UK and Norway. SMERUD is a privately held company domiciled in Oslo, Norway, with subsidiaries in several European countries as well as Canada and the US.

AlgiPharma AS is a clinical stage pharmaceutical company, founded in 2006 on decades of research and development carried out by FMC BioPolymer AS and the Institute of Biotechnology at the Norwegian University of Science and Technology (NTNU) in Trondheim, Norway. AlgiPharma has completed five clinical trials with two formulations of its lead drug candidate, OligoG, to treat respiratory symptoms of cystic fibrosis.

AlgiPharma owns or licenses all relevant patents upon which the technology platform and products are developed. The company is supported by national and international research programs, and collaborates with a network of key opinion leaders, highly recognized academic institutions, research and patient organizations in Europe and USA.

AlgiPharma is a privately owned company registered and domiciled in Norway.

Arne Dessen, COO and Chairman of the Board: arne.dessen@algipharma.com

Click here for a pdf version of this press release.